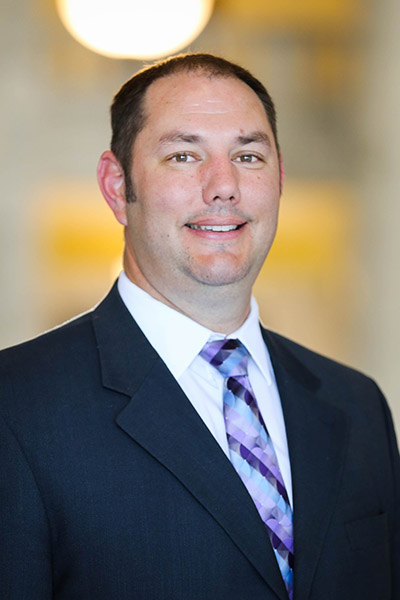 Jeff Mottishaw is a senior consultant at the Governor's Office of Management and Budget (GOMB). His primary focus is on testing and potentially implementing a teleworking initiative for the state. Prior to joining GOMB, Jeff worked at the Department of Administrative Services (DAS) for nearly four years as the division director of fleet operations and in the Division of Purchasing for 9 years in various roles such as purchasing manager, program manager, auditor and management analyst.

During his time at DAS, Jeff received the Governors Award for Excellence, the DAS Innovations Elevated Award and the DAS Employee of the year. Other awards he has received include the following: National Conference of State Fleet Administrators 2017 Fleet Excellence Award, the National Association of State Chief Administrators Award of Excellence in General Services and the Utah Clean Cities 2019 Green Fleet Award.

Jeff spent time in the private sector in a number of different jobs, including truck driver, garbage man, dispatcher, accounts receivable, controller, operations manager, shipping consultant, ski instructor, bicycle mechanic and manufacturing director. He has a bachelor's degree in business management from the University of Utah, an MBA from Weber State University and roots for the Utah State Aggies.