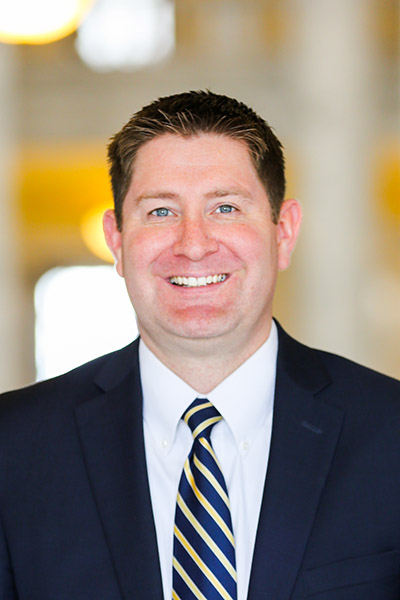 In addition to his capacity as a Budget, Revenue, and Policy Analyst, Evan Curtis also serves as the state planning coordinator with the Utah Governor's Office of Management and Budget (GOMB).

Curtis has been with GOMB since 2007 and has a unique background in both planning and budgeting. During his time with GOMB he has worked to provide outreach, research and resources to local governments, served on numerous boards and commissions and has been involved in numerous state planning efforts.

Most recently, Curtis has worked with several state agencies to identify budget and policy solutions to natural resource issues. He was appointed as state planning coordinator by Governor Herbert in 2015 and enjoys serving on the Envision Utah Executive Committee, the Utah Seismic Safety Commission the Jordan River Commission, and the Executive Water Finance Board.

Curtis earned a Bachelor of Arts in Political Science, a Master of Science in Bioregional Planning and a graduate certificate in the National Environmental Policy Act from Utah State University.

In Evan’s spare time, he enjoys spending time with his family and recreating in Utah’s magnificent outdoors.