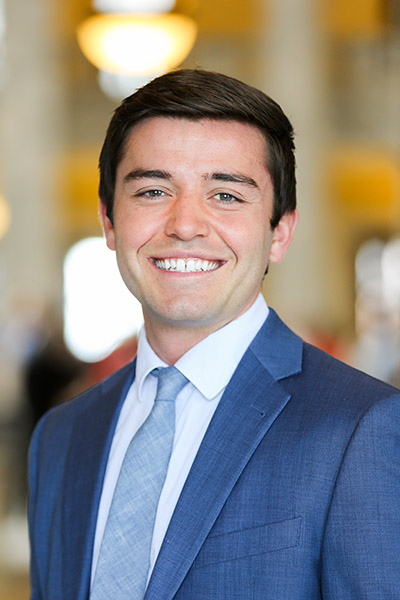 Colby Oliverson graduated with honors from Utah Valley University in 2017 with a B.S. in finance. While attending Utah Valley University, Colby completed multiple internships at the state and federal levels, including internships at the United States Senate Finance Commitee and here at the Governor's Office of Management (GOMB) and Budget. Colby is passionate about bettering his community, building others, and making whatever "it" is better.

His primary duties include overseeing and directing all communications for the office. Prior to taking on his current role as Director of Communications, Colby worked as a Financial Operations Specialist providing budget and policy analysis for multiple state agencies and also was the office's Adminstrative Rules Economist.

As a lifelong resident of Utah, Colby loves spending time outside in the mountains and lakes of Utah. His hobbies include water skiiing, snow skiing, road biking, baseball, snowmobiling, and fishing.